What is Viber and how does it work? 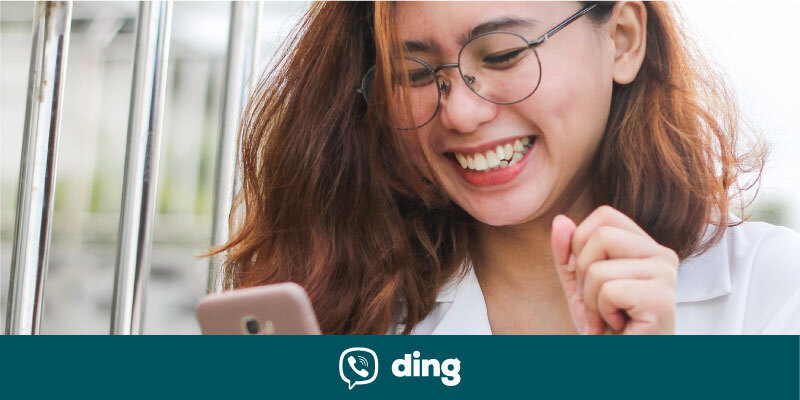 Viber has established itself as one of the most adopted apps when it comes to free messaging services in the Philippines. Read on to find out about it's features, benefits and why it's so popular.

Last year the app boasted a 24% increase in it's user base in the Philippines, despite increased competition from apps like WhatsApp and Facebook Messenger. So what is the key to this apps success?

Before we get started, what is Viber?

Viber is a free messaging app that allows you to send messages, make calls and share photos, videos and audio to friends and family.

It was initially designed as an alternative to SMS messaging but now it offers much more – including voice calls, stickers, and location sharing.

The app has been downloaded more than 500 million times since its launch in 2010 and supports both iPhone and Android versions.

How does Viber work?

One reason it's so popular is because it's so easy to use.

Viber uses wi-fi or your mobile data to make calls and send messages. Effectively it means you don't need to buy phone credit, assuming you have an internet connection

(You can always buy load online with Ding if you're out of data).

You can download Viber in the Philippines for iOS, Android, or Windows Phone. You can also use it as a browser extension on Chrome or Firefox.

Is Viber safe to use?

Viber is known as a safe messaging app because it offers end-to-end encryption for all messages, photos, videos, and calls between users. This means only the the sender and recipient can see them.

In addition, Viber offers a self-destruct feature for messages that are automatically deleted after a specific time. This is a helpful feature if you're sending sensitive information that you don't want to be stored on someone's device.

Viber is heavily adopted in the Philippines, with more than 15.9 million reviews and a rating of 4.5/5 on the Play Store.

Yes, Viber is a free app that allows you to use its features without paying for them.

However, there is also a paid feature called 'Viber Out', which allows you to make calls to non-Viber users.

Viber Out is perfect for making international calls to landlines and mobile phones. The rates are competitive, and you can buy credits in advance, so you don't have to worry about running out of minutes in the middle of a call.

How to use Viber Out?

To use Viber Out, you must have a Viber account and purchased credits.

Once you have credit, you can make calls by tapping on the 'Viber Out' option in the app and selecting the country you want to call. Just enter the number to call and you're in action.

What are the rates to use Viber Out?

The calling cates for Viber Out vary per country, you can see the full list of options here.

How to buy Viber credit with Ding

To reiterate: The free version of Viber doesn't need credit, but to use Viber Out you must purchase credit.

You can buy Viber credit Ding, just follow the steps below:

Visit the link here or select Gift Cards from the main menu of the Ding website and select Viber.

Once your payment has been confirmed, you will receive your gift card code on screen and it will be sent to your inbox.

If the credit is for someone else, just share the code with them.

To redeem, you just need to add it to the 'code' section of your Viber account. After that, the credits will be reflected in your balance and you will be able to start calling your family and friends!

What is Viber and how does it work?